Da Camera Singers, a group of musicians who are passionate about singing, perform sacred and secular music for lovers of the choral art in the Pioneer Valley. In addition to singing eclectic historical choral repertoire, we are committed to commissioning and premiering works of established and young composers. Our concerts are free and accessible to all, and special benefit concerts feature goodwill offerings that generously support other nonprofits in the community.

Da Camera Singers came into being in 1973 when several Amherst madrigal groups coalesced and invited Ann Kearns to become their director. They gave their first public performance in Buckley Recital Hall at Amherst College that year. Since then, Da Camera has been drawing talented singers from many towns throughout central and western Massachusetts.

With the passage of time, a number of directors, the longest-tenured being John Maggs, Gregory Hayes, and now Sheila Heffernon, have expanded the group’s range to include works from the nineteenth century to the present.

In recent years, it has been our custom to commission new works from local composers.

Sheila L. Heffernon has been the musical director of Da Camera Singers since 2006. Under her direction, the group has performed the Bach Mass in B minor, the Duruflé Requiem, the Barnett Bluegrass Mass, as well as creative programs of unusual choral music. In 2009, Heffernon and Da Camera established their commitment to new music by commissioning a new piece of choral music annually and premiering these pieces. They expanded this program and premiered three new pieces by the student winners of their inaugural Young Composers Competition. Da Camera has collaborated with the Dance Generators of Northampton and with other choirs (high school and community) in their concerts, and partnered with organizations and churches to do benefit concerts. Heffernon retired from her position as director of the choral music program at Northfield Mount Hermon School, where she had been the choral director for forty-two years. She taught in the Music Education program at the University of Massachusetts for six years, where she did her postgraduate work. 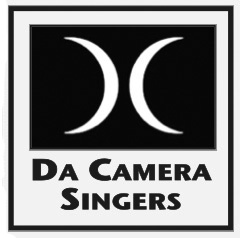